We’ve Come a Long Way sits somewhere between a super short marathon and a life-size board-game telling the story of the ups and downs of LGBT history, rights, equality triumphs and misfortunes.

It was commissioned in 2013 by Oxford Pride Festival to go with that year’s theme “Not there Yet”, recognising that there’s still a long way to go but while celebrating that We’ve come a Long Way. 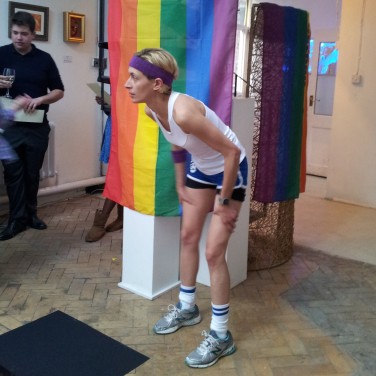 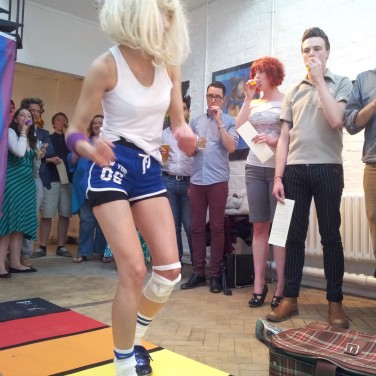 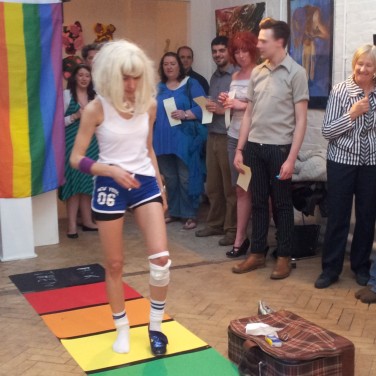 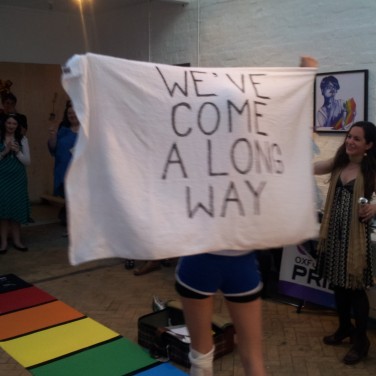 The Runner starts on the first square (“Back Then”), warming-up and taking position. A big set of cards are passed around the audience and each of them goes to the microphone and reads their card out. Each card has a brief story relating to LGBT history. Some of them ask the runner to go back a place, some of them move them forward. Throughout the duration of the performance, the Runner – who started fit and clean in their sporting gear – undergoes a series of transformations, loses shoes, acquires a sequin high heel, get their knee bandaged, falls off, finds a wig and many other funny and tragic ones.

In the end the Runner takes out a towel to wipe the sweat off. The towel has a piece of text printed on “We’ve come a long way”. 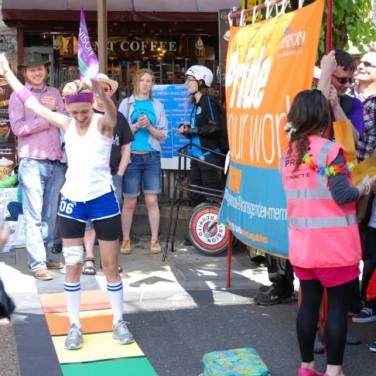 Performed that year at:

and in the centre of Oxford to commence the Pride Parade